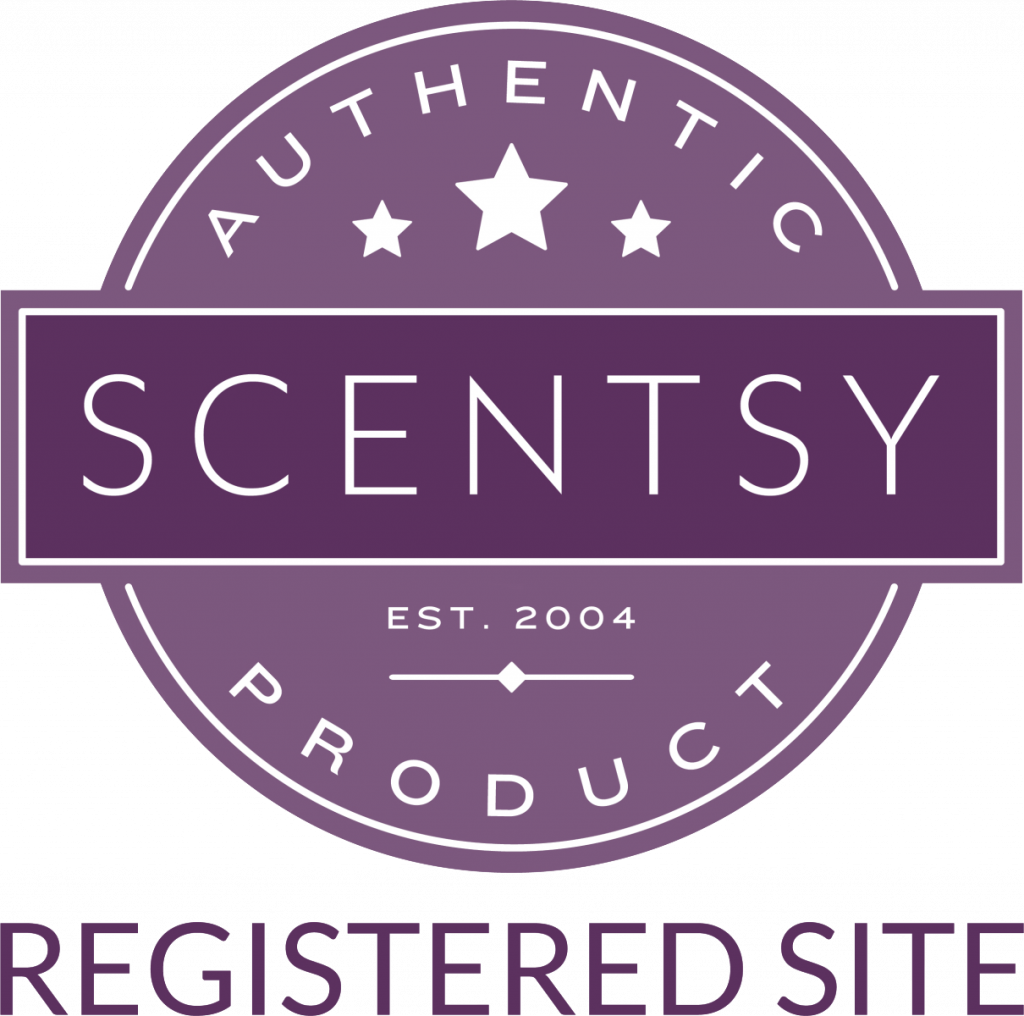 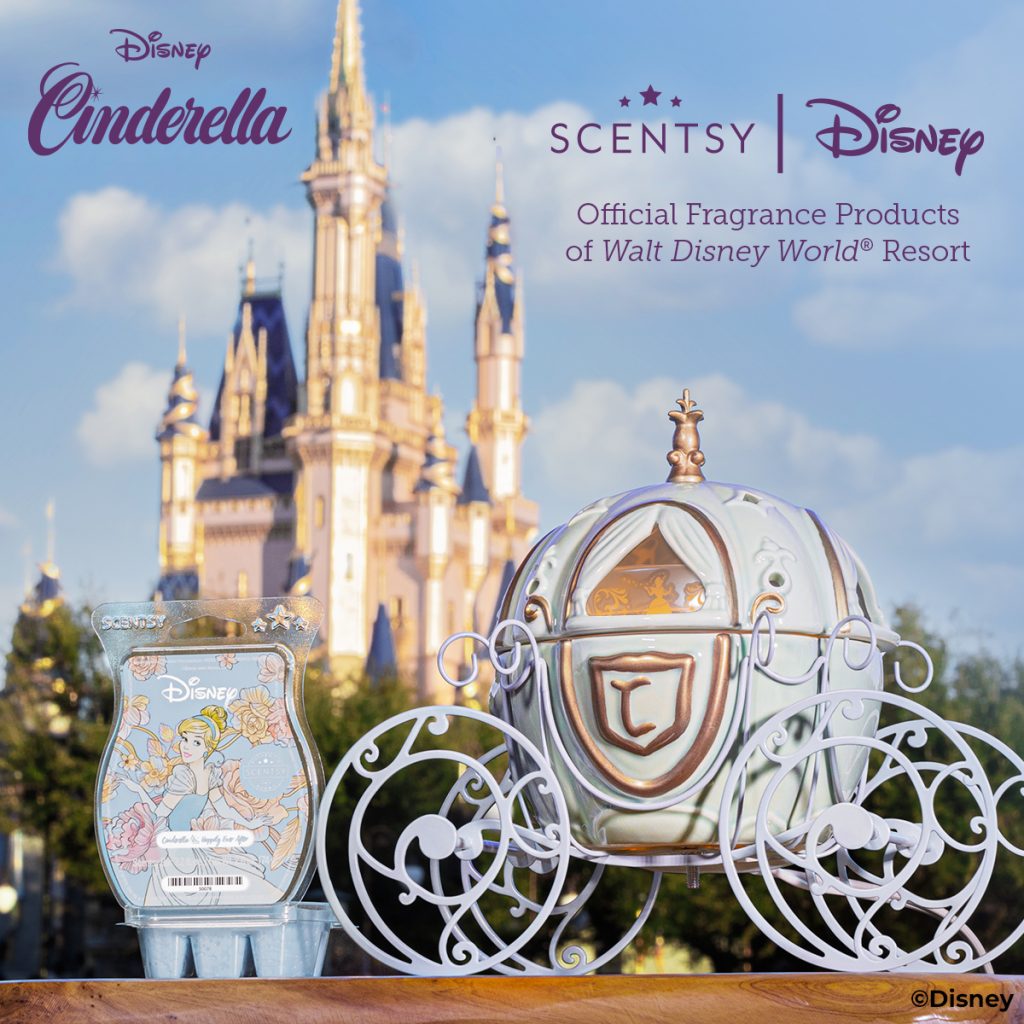 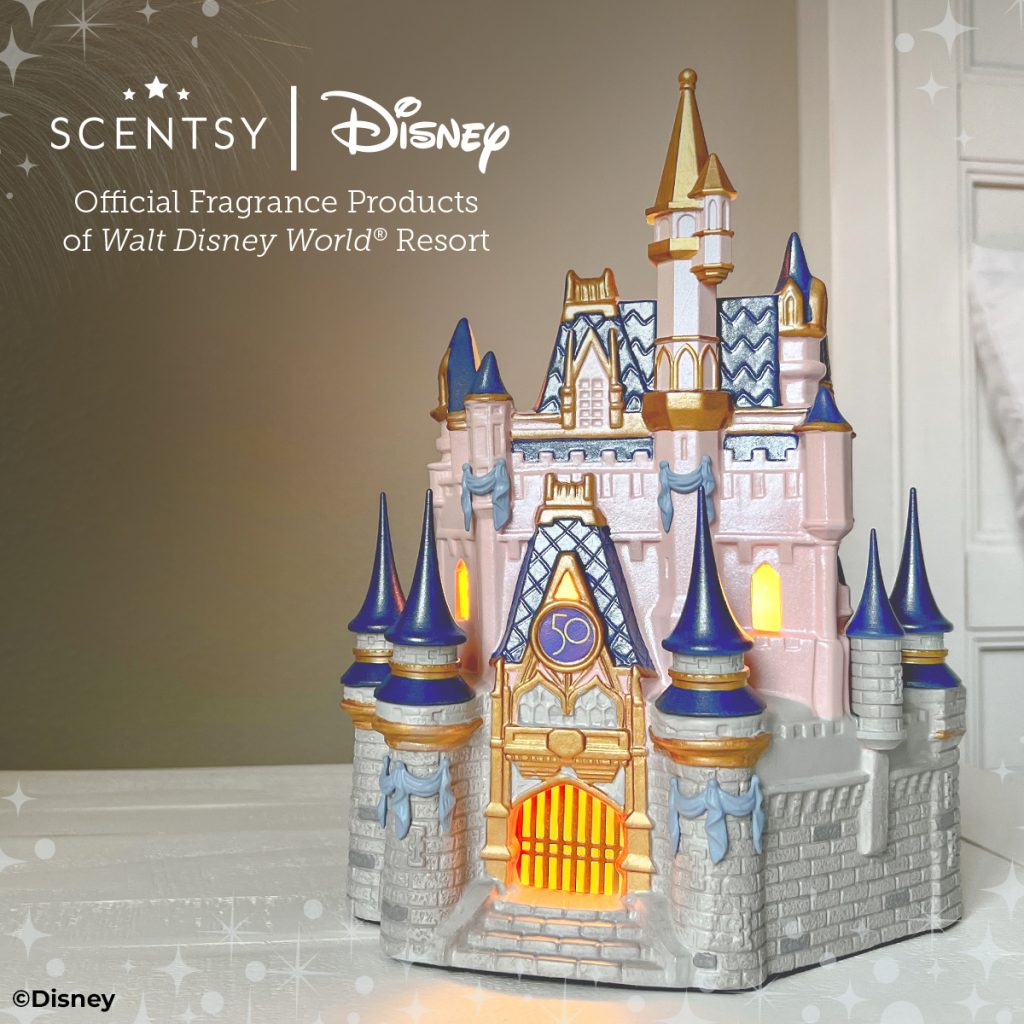 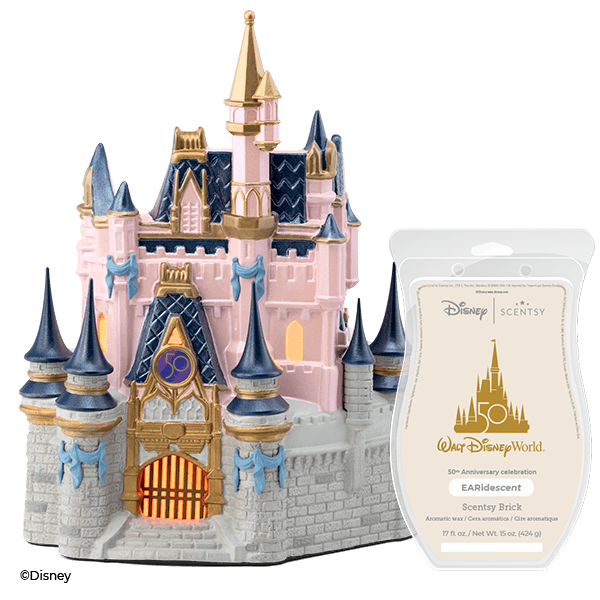 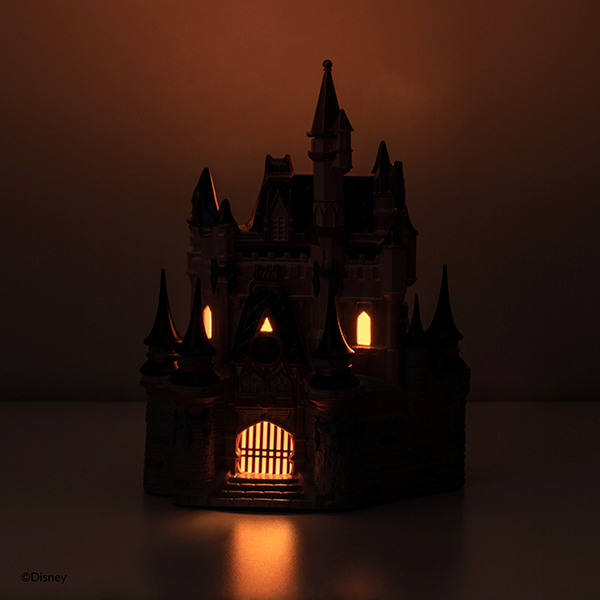 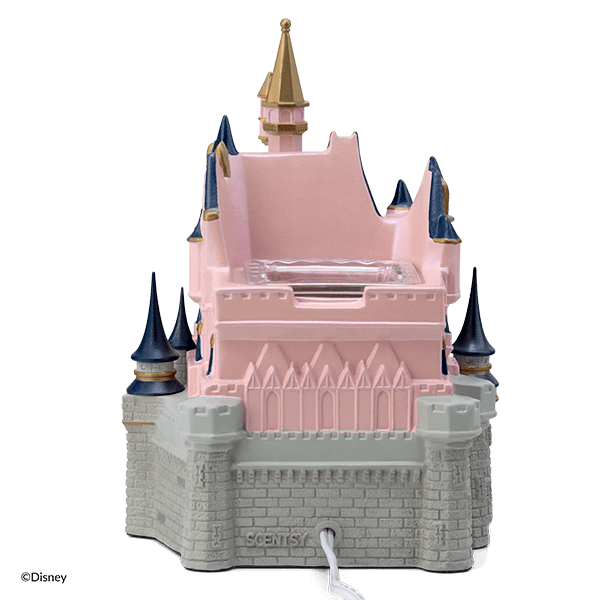 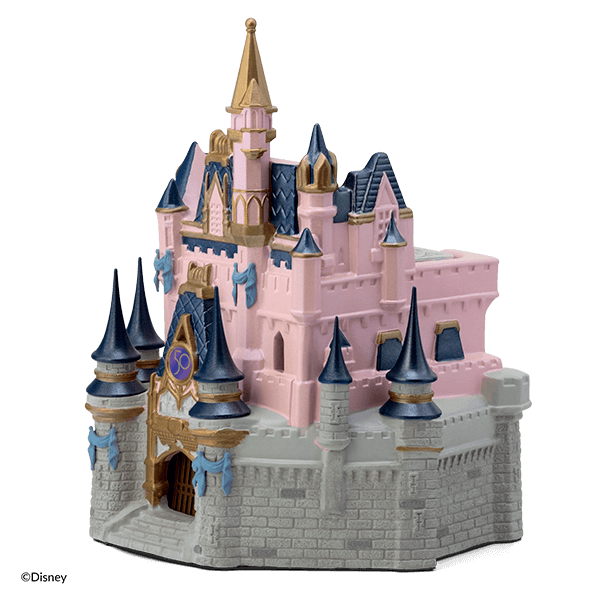 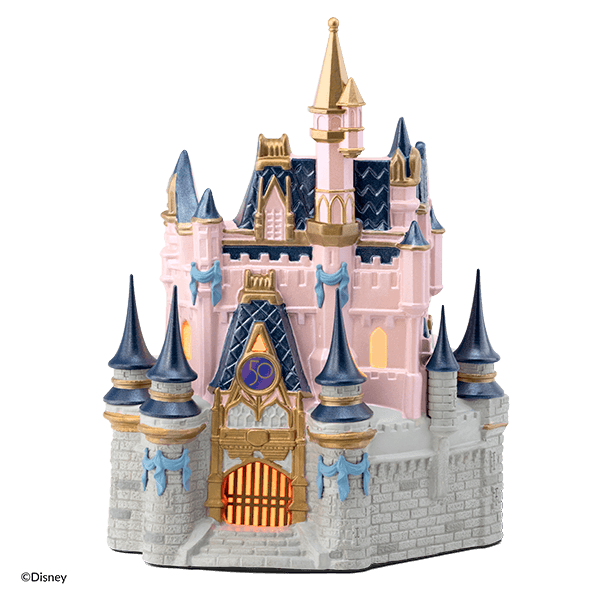 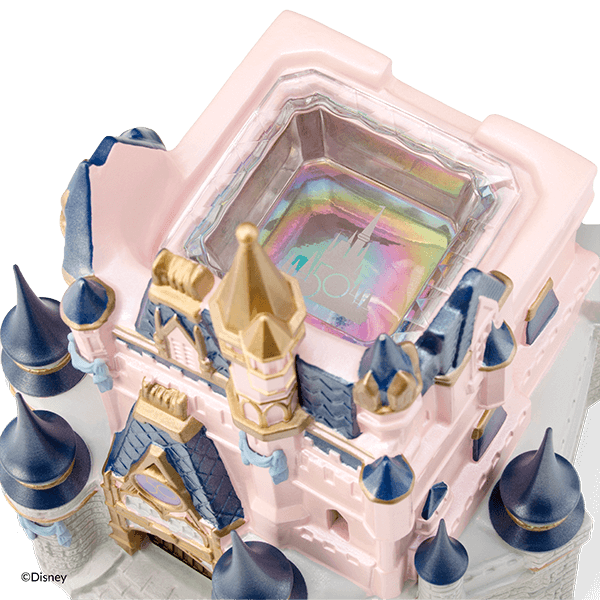 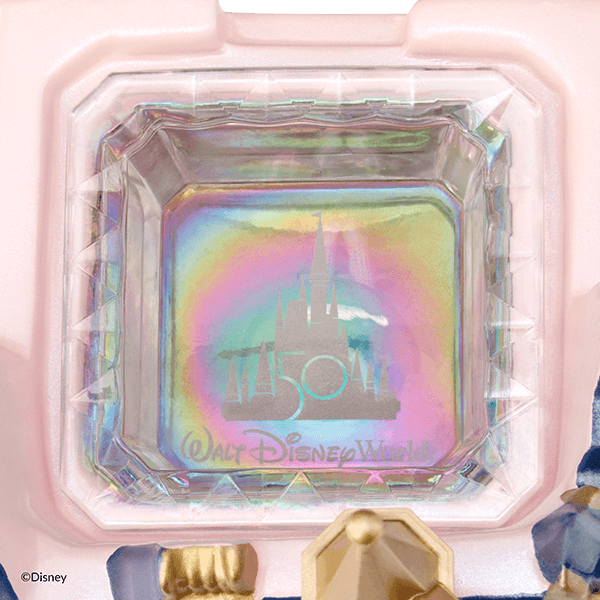 UPDATE 8/22/22: The Pre-Order window for the Disney Cinderella Castle Scentsy Warmer has closed. This collector’s item will be available for non-preorders on August 29,2022. If you would like to get text updates and reminders for these products should there be extra available:

When: Starting at 10:00am PT / 1:00pm ET Tuesday, March 8; ending at 11:59 p.m. PT Monday, March 14 OR when the number of preorders reaches the limited number of available warmers, whichever comes first. Queuing system will be in place.

Be a part of the magic as The Most Magical Place on Earth® celebrates its 50th anniversary!

Our new Walt Disney World 50th Anniversary celebration: Cinderella Castle – Scentsy Warmer is a stunning collector’s item in honor of The World’s Most Magical Celebration. Representing the royal makeover it received as part of the Walt Disney World® Resort 50th Anniversary celebration festivities, Cinderella Castle is all dressed up in shimmering, EARidescent colors and dazzling decorations, complete with the 50th anniversary crest. The beveled glass wax dish is also etched with the 50th anniversary emblem.

Make the experience even more magical with a bundle that also includes a new Walt Disney World Resort 50th Anniversary celebration: EARidescent – Scentsy Brick. This fragrance was developed by Disney to celebrate the occasion and is being used throughout the celebration at Walt Disney World® Resort and hotels. This sparkling mix of natural elements — from cedarwood and citrus to peony and apple blossom — blends Disney themes with an added touch of wonder, evoking the excitement of a Walt Disney World® Resort vacation and capturing the magic of an enchanting place so many have loved for the past 50 years. This fragrance is only available for preorder in a bundle. All pre-ordered Castle Warmers will be redeemed in late October 2022…in time for Christmas! 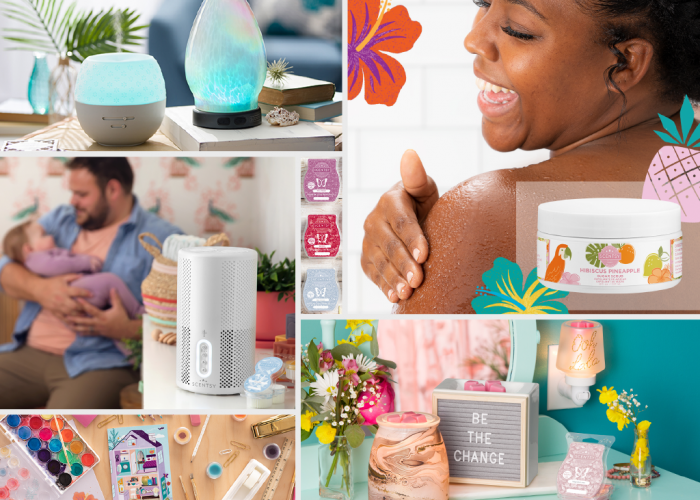 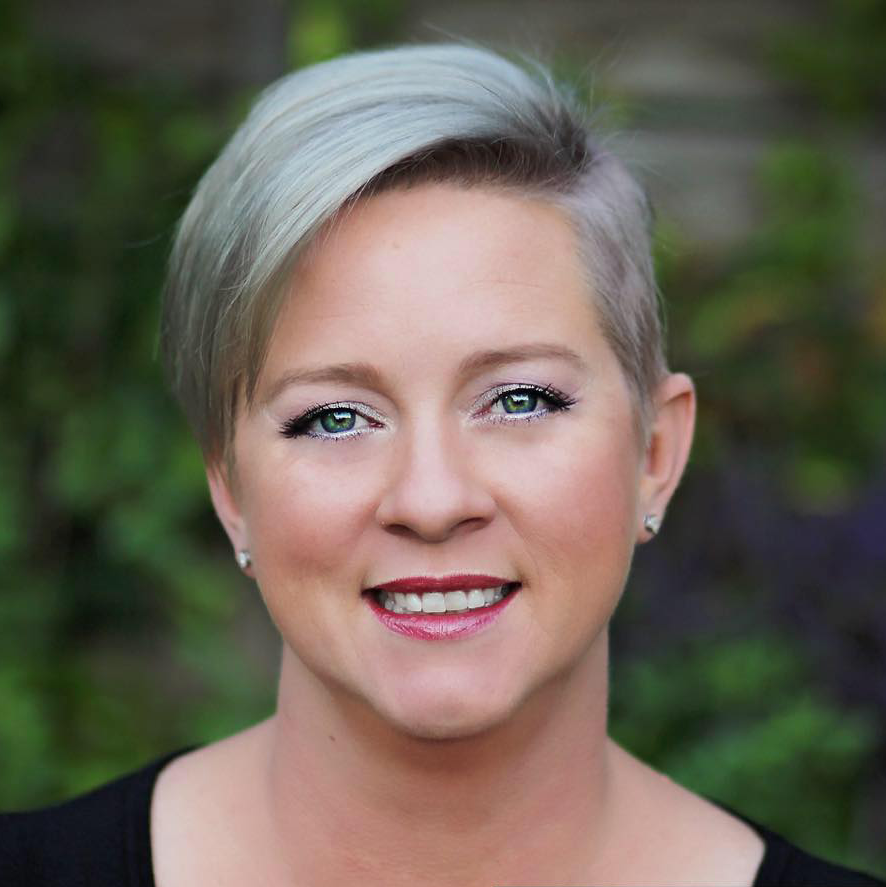 Learn about Scentsy and read more about getting the most from your products: